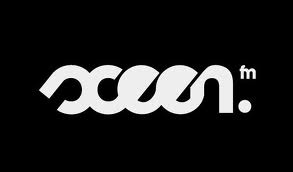 Tagträumer²’s musical path has led him to over a dozen countries, including those which no longer are counted as electronic driven societies. Most notably are his events in countries such as China, South Korea, Belarus, Turkey, Ukraine and Serbia which have enriched Tagträumer²’s experiences and are reflected in his tracks and DJ sets. His work tells us stories about forward moments during the cold nights at the Great Wall of China, and about weightless festivals on Crimea in the middle of sparkling Salt Lakes, and of the parties surrounded by the never ending neon light in Korean bars.

Back home in Berlin, Tagträumer² processes his gathered impressions in his productions which are released on several different labels. But of course, his productions are also released on his own vinyl and digital record label “BlackFoxMusic” (blackfoxmusic.com) that Robert launched in 2007. The label management’s activities also expanded onto Schallbox Rec. and Neopren.

In addition, the Berlin artist focuses his creative output as a DJ, for which he exclusively uses Vinyl. Regardless of how heavy his backpack may be on his future journey to Belgium, Kamchatka, or elsewhere, as long as there will be some turn tables in place.

You are addicted to vinyl, aren’t you ;) Why it is so important for you working with?

Tagträumer²: In the first place it makes me really fun to play with Vinyl.
I Had tried other options with Traktor or Cd´s but I was always disapointed with these things. Especially with a laptop I had the feeling that people think: “Hey is he checking his Facebook or is he making music?” Vinyl just gives me the feeling of the music to be very close to it and to inspire the crowd with a few tricks.

Do you think/consider the digital technology in the music business more like mercy
or a curse?

Tagträumer²: For the music industry, it is of course a curse what happened in the last few years. Many record stores have closed and many of the labels went bankrupt. Musicians earn today no longer at their album sales but only on their performances. On the other hand, it is now possible for everyone to be a Dj and get the songs all over the world on the Internet. In the past people from Russia or China had to pay high costs for records or they had to wait over one week to get some fresh Vinyl. This is the blessing that so many people can make music and get new music quickly. In the end, however, I find that the appreciation of the music is lost. Many tracks you get today with a mobile phone or Internet contract. People do not see a reason to pay for music and so they get their tracks from booming illegal download sites. I hope that in the future more money will be spent for the music and support the artists with this amount.

You were playing in Japan as well as in Turkey. Where did you have your greatest
performance?

Tagträumer²: There is not really a place where I have particularly liked to play. It is above all the places where I played for the first time – that remain in my mind and heart. hat reminds me of my appearance at the Great Wall of China. It was the Chinese moon festival in September, and there were many people at the festival. On the day it was very warm there in the mountains but at night the temperatures shot up almost to the freezing point. People had to dress very warm and dance a lot because no one knew that it´s gonna be so cold. Nevertheless, it was an incredible moment to play in a place like this.

Tagträumer²: It all depends on what partyou go into the electronic music, this music is so versatile that it offers various influences and from lounge to hardcore it’s just too difficult to find a formula. The important thing is that the music has a soul, and can be quickly understood by many people.
In order to create this music, it is definitely an advantage if you have a musical background and maybe played an instrument. But sometimes it’s just a feeling you want to express in the music and I think that electronic music gives everyone the opportunity to do that.

You are a DJ, Labelowner and Producer in one Person. How can you handle all this in
one Life?

Tagträumer²: It is already a 7-day week, because permanently I have to think, work and talk about music. Sometimes it´s a shame to find not the time to produce some fresh music because there is so much to do for the label.the work for my label and for other is intense.
As already mentioned, artists no longer sell as many records and you have to work very
hard so that you will be heard by all. But I love this work and I can not imagine to work for a company in a normal office.

Where do you see yourself in the world of electronic music in a few years?

Tagträumer²: I would love to present my music more live.
Not with a laptop and controllers – but much rather with some band members, who interpret the songs again and go crazy on the stage. Then of course, quite clear to play in other countries where nearly no Dj played before. I can well imagine that I would love to play in countries like Mongolia, Lebanon, or in Kenya. Also a little more success would make me happy :)

What are the things you’re doing besides producing and dj’ing?

Tagträumer²: Relax! It is very important to make something completely different that has nothing to do with music otherwise you have no time to drive more. Why sport is so important and I take a break and go to the Baltic Sea and to hear only the waves. That’s enough for the ears.

Are you fine with the schedule of sceen.fm and what is your opinion about sceen.fm?

Tagträumer²: On sceen.fm I particularly like the design. Everything seems very peculiar and not cheap copies. You also have an incredibly good program with famous Djs and their broadcasts. On the other hand you also promote talented young artists and small labels. I would like to see more record reviews or interviews – that would be great on sceen.fm.

Please tell us about your upcoming projects & your new Label “Rauschzeit”!

Tagträumer²: In the near future some of my releases appear on different labels like a reggae house track on Fee House Records or a very minimal-tech song including a remix by Someone Else on Minim.All Records.
Then of course the cooperation with L Kubic on Neoprene Records. It will probably be a very unusual song – because it is very slow and has a lot of elements that you wouldn´t expect in club music. On my new label Rauschzeit wich release only on vinyl is a deep house track out now. It´s got the name “Own Thing” and will be a limited edition too. In January 2013, the second release will present the great producer from Serbia named Kristina Lalic.