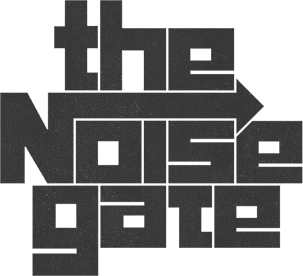 Tagträumer² is a German DJ and producer who travels the globe spinning vinyl at some of the most weird and wonderful parties you could possibly imagine. Out of his studio in Berlin – the home of his label, BlackFoxMusic – has emerged an incredible array of productions, ranging from classic strpped-down techno, to dark & funky house, electronica, breaks and even the odd bit of reggae. His DJ sets may be a tad more predictable, but only in the sense that you can always expect the kind of solid groove that would please even the most demanding Berlin crowd. For evidence of this, check out his mix at the end of this interview, recorded live at Weekend in Berlin last month. And don’t be surprised to hear him drop something very much out of the ordinary…

Rob Hughes caught up with Tagträumer² – real name, Robert Stolt – to find out what life was like for someone who is so heavily involved in the vibrant Berlin techno scene…

So how are things going for you at the moment in terms of your music career? What have been some recent highlights and how did they come about?

The end of August was a dream come true because I had the chance to perform for the first time in Iceland. For a few years it has been a wish to play in that country because only 300,000 people live there but it has such a strong music scene with famous bands like Gus Gus, Sigor Rós and Björk. During the spring I was in contact with an event manager from Reykjavik and eventually he invited me to the Harlem Club. Before my gig I was a little bit nervous but after a few records I felt there was no reason for it. The venue was packed and they danced until the club had to close.

Tagträumer² is a very unique name – where did it come from?

I started Tagträumer² with a friend of mine, Andreas. We founded our project in school and after a long night he told me that he often gazed out of the window during lessons and for that reason the teachers called him Tagträumer, which means ‘daydreamer’ in English. The very same thing had happened to me several times and we laughed out loud at the fact we had this in common. After we checked the musicians on discogs we noticed that there was a silly German boygroup with the name Tagträumer, too. So we put the ² at the end of the name to make it unique.

How did you start off in the industry? Did DJing, production or promoting come first? What gave you that initial push and how did you get to where you are now?

Andreas and I played a lot in Berlin and in the north of Germany and had some success with our tour ‘Campus Rockers’, where we played at some universities in our country. After releasing our first single, however, everything began to be done very professionally – there was a booking agency that took care of us, remix requests, and some labels asked us to release and produce more stuff. Then the first gigs in other countries were added, but Andreas had too much to do in his regular job and he made the decision to quit the project. For me, it was always more than passion and a hobby, but we’re still good friends.

What do you do when you’re not making or playing music?

That’s a tough one because I’m managing my label and some other labels, too. So sometimes it’s 24/7 job! When I do get some free time I’m going to take a trip to the Baltic Sea where I can recharge my batteries.

You mentioned that you’ve played in some distant lands recently, including Mongolia and Lebanon. What is the dance music scene like in those countries?

In Mongolia there is nearly no techno scene. I mean there are some good techno DJs there, but there is no club that is dedicated to electronic music. When I played in the capital it was at a party for 1,000 people, but it felt like a big room discothèque. The DJ before me played trance and the DJ after me played R&B and hip hop, and we changed every 30 minutes. The people liked to hear new music and danced to my house style, but its not like in Berlin where you can play 3-4 hours. In Mongolia they can get bored very quick and they need variety to entertain them. In Lebanon, however, you have a small but really good techno and house scene. Lots of famous DJs are playing in Beirut and the people are very heartfelt and love to explore new music.

What’s the most unusual country or place you’ve played?

Hmmm… I don’t think there is an unusual country but I remember an unusual place – it was at the Great Wall of China. There was a festival in the mountains and it was totally crazy to spin vinyl at such a historical place. Five buses from Beijing came with 600 ravers and the place was crowded in a second. As night set in it became very cold and I could see my breath when I was playing. At 4am the buses returned to the city and then everyone was gone and the whole place was quiet again, as it normally is.

What kind of setup are you using to DJ at the moment? What are your reasons for these choices?

You know, I’m an old school DJ – every time I use vinyl. Two Technics 1210 MK2s, a good mixer and, occasionally, a CDJ for checking new productions. Last year I tried Traktor with a laptop but I was so disappointed. For me, a laptop is like a wall in front of the audience. Also, I´m using this stuff the whole day for working – why should I use it for performing, too? Playing with vinyl is more like playing an instrument for me – a very old thing but a choice with style.

Sometimes I have ideas when I’m DJing while making a mix or trying different styles but most of the creativity and ideas happen in the studio. And they happen so often that, for example, I’ll start working on a deep house track and it soon turns into a dark, funky track.

What kind of qualities do you try to bring out in your sound, whether you’re playing in a club or making your own beats?

I feel quite free when I’m producing because I like to try lots of different styles. Last year I created a track called ‘Grüne Fee’, which is a crossover between house and reggae. When I’m DJing I like to play a certain style that I’ve developed over the years. It’s a little housier with old school elements and there are some cuts from the 90s. You will hear some breaks tunes, too, because 10 years ago I really fell in love with breakbeat from the UK.

Which other producers and/or DJs do you really rate at the moment and why?

Kink is one of the hottest live acts at the moment. You hear that his productions have their very own style and there are tons of really good remixes. He’s also a very good performer because he’s not staring at his laptop all the time. Maya Jane Coles is also a good DJ for me because she likes to bring different styles into her set. You also hear that she got a breaky background and, for sure, her productions are always good.

What are your thoughts about the worldwide dance/electronic music scene at the moment? Is it changing for better or worse? What do you think it might benefit from?

I like that there are more and more countries that are open to techno music now. A few years ago, nobody would have thought that there would be huge electronic events in places like Kenya, and I certainly didn’t think I’d get the chance to play in Mongolia. What I really hate, though, is that a lot of event managers are booking the same acts year after year. There are DJs that, even though they haven’t released any new productions for a long time, are putting out new tour videos every week or  doing photo-shoots and talking wise words about the scene. Bullshit – it would be would be so much better to have hot new producers at big events.

You run BlackFoxMusic, which you have done since 2007 – how has the label developed over the years? How would you describe the effect running it has had on your career?

BlackFoxMusic was always a label which focused on a more raw electronic sound. We’ve always had a lot of really good artists and we’re still focusing on releasing the tracks on vinyl. For me, it was a great boost to start this label because I was able to release my first single on it. I’m really proud of BlackFoxMusic because the team of graphic designers, bookers, VJs and acts makes it very unique for me.

You live in Berlin, one of the greatest cities in the world for dance music. What’s it like to be in the middle of that? What do you think are the driving forces behind the scene there?

After the wall came down, techno and Berlin have grown together and the people from both the east and the west loved this new music because it was also an opportunity to bring the people together, so techno music was always very important to the city. Thanks to this music, a lot of tourists and artist have come to the town – not only to listen or perform, but also to live here. This makes it a very exciting place to be, but its also a little bit curious because there are sometimes too many DJs and you have a lot of competition. Although the fact there are so many musicians and performers keeps the scene moving and also means that you can party 7 days in a week in Berlin.

At the end of the month I will start my new radio show called ‘Eyjafjallajökull’. Maybe you know that name – it’s that bad volcano in Iceland! Every month I will have different guests from countries where I have played. The first will be Steindor Jonsson, a very good dj from Reykjavik. The second show will be held by a Russian DJ.

This year I will also release also two records but it’s too early to speak about it. It will have to be a surprise!